JGJ Jewels Fit For A Queen

I’m over the moon to see Bridgerton actress, Golda Rosheuvel dazzling in pieces from our one-of-a-kind collection in the April issue of TATLER.

The magnificently opulent shoot, so beautifully photographed by Carla Guler, is a decadent celebration of Rosheuvel’s role in the hit Netflix series, which returns to our screens next month and I for one, can’t wait! 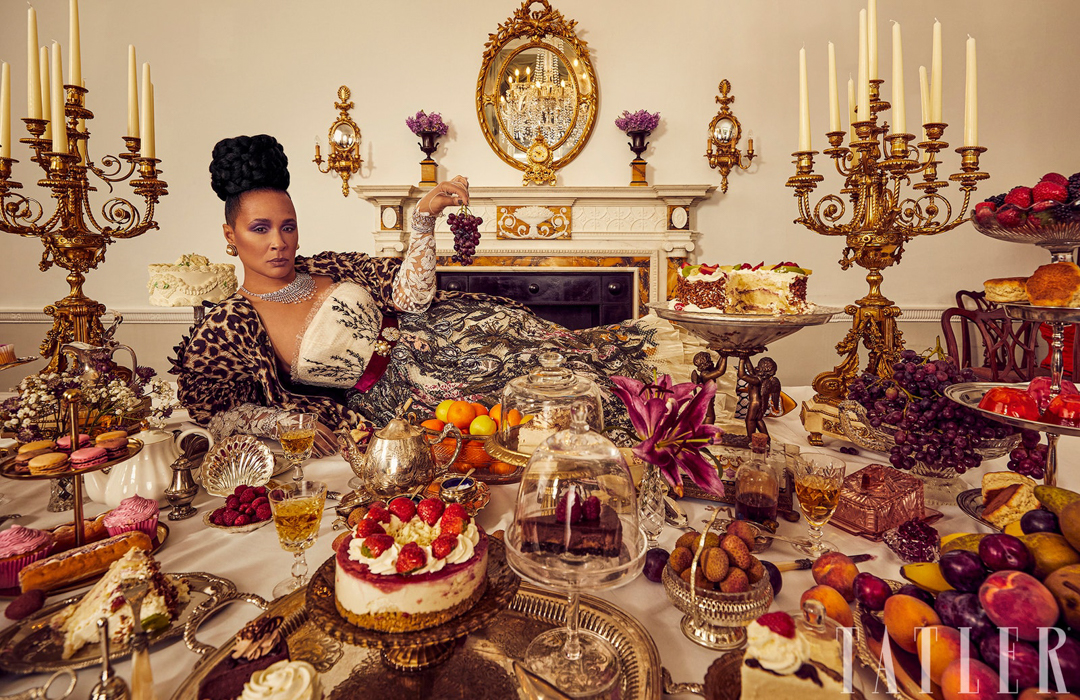 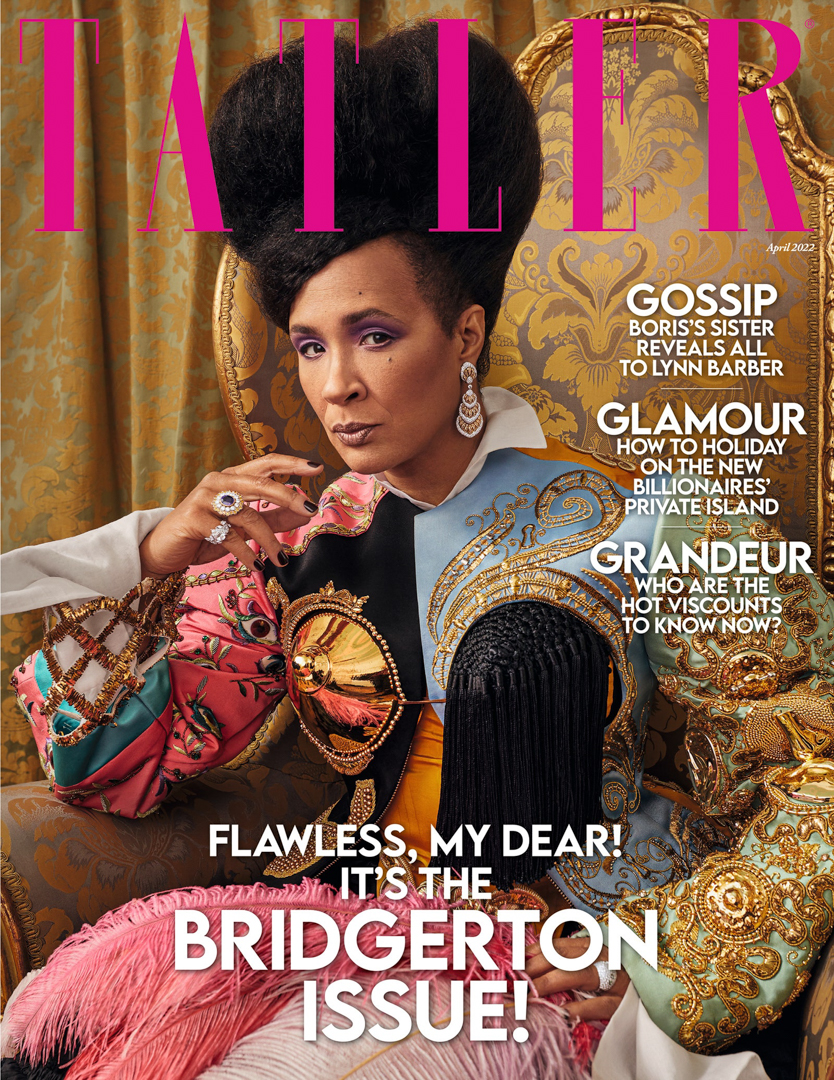 The 52-year-old Guyanese-British actress, who is a firm favourite of mine, reprises her scene-stealing role as the indomitable Queen Charlotte, a role she had waited her entire life to play: “I’m a great believer in waiting, in biding my time, being confident enough in my craft and who I am as a person to know that it will happen, that one day someone would see me and go, “Right, you are perfect for playing the Queen of England.”

It’s a role made for Rosheuvel, who says: “I did some research into Queen Charlotte, but it wasn’t a deep dive. Bridgerton is more of a meta, fantasy world than a documentary – an amazing genre piece, pushed and twisted to work with our modern sensibilities. She adds: “I didn’t need to do much research because I knew the world this character came from already – it was my mother’s world and that makes her very easy to play.”

The new series sees Queen Charlotte – the only character not to appear in Julia Quinn’s original novels and the only one based on a real person – dealing with the decline of her husband, King George III and delves further into her private life.

This is the second time that JGJ jewels have been used in a glamorous, Regency-style Tatler shoot, and I’m thrilled that the carefully chosen pieces passed royal muster, from a monarch famed for saying the immortal words, ‘Flawless, my dear’ to the adorable Daphne Bridgerton in series one.

Our vintage 1980s Butler & Wilson gold and pearl rope twist earrings and 1940s Czechoslovakian purple crystal filagree necklace feature in two separate, yet equally opulent, shots. What’s not to love about the fabulous image of Rosheuvel in our eye-catching earrings, lying on a table filled with indulgent food and holding a bunch of purple grapes? I’m equally mesmerised by the breath-taking shot of her staring imperviously at the camera, while showcasing our stunning filagree collar, which works so perfectly alongside that divine Prangsta purple gown and those simply incredible, green, platform-soled Roger Vivier heels. 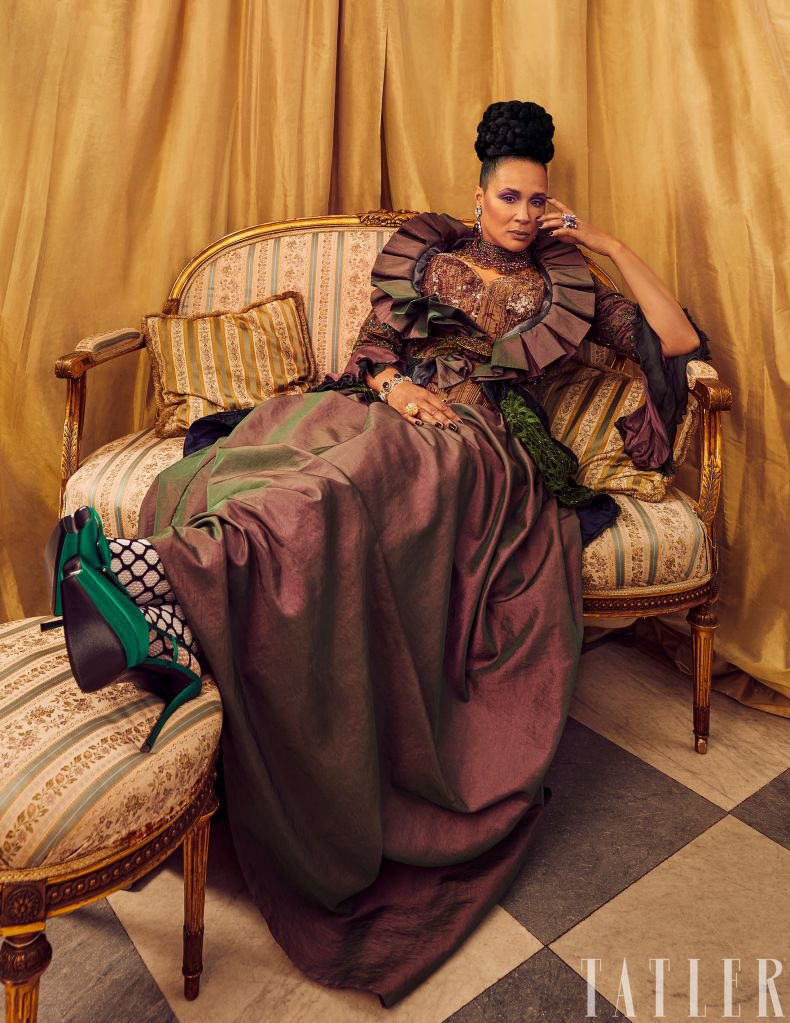 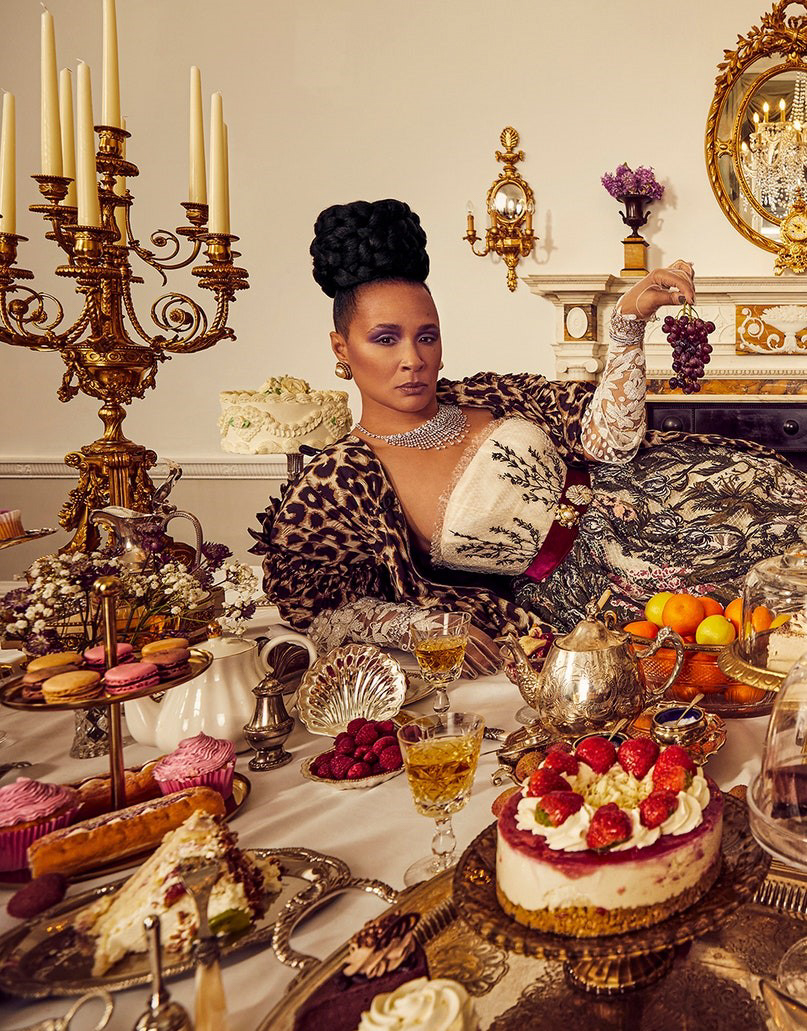 Although neither piece is from the Regency era, I think that they fit perfectly with the theme and illustrate just how timeless vintage jewellery is. Crafted in gold-plated brass with a large, central, glass-simulated half mabe pearl, our Butler & Wilson earrings ooze glamour and would look just as stunning worn with jeans as they do with this delectable Dior dress.

Similarly, our exquisite purple necklace, which has been intricately crafted from bronzed metal and adorned with individually set amethyst paste stones in star-shaped mounts, would look dreamy worn with a simple white tee. It has a gorgeous celestial vibe, which is very on-trend and the detailed filagree workmanship and gentle sparkle of the stones make it a truly magical piece to wear, whatever the era. Magical 80 years ago and still magical now. Truly timeless.

I wouldn’t be surprised if we see a huge demand for Regency-style jewellery, full of fine filigrees, decorative flourishes and brightly coloured stones, once the new series airs in April.

Until then, why not grab a copy of the April issue of Tatler and channel your inner Regency queen with these awe-inspiring, technicolour images of the glorious Golda Rosheuvel. If you’re dying to recapture the romance of the Regency era and fancy a Bridgerton-style jewellery reboot, we have some special pieces that are sure to lift your look and bring you right up to date.

We use cookies on our website to give you the most relevant experience by remembering your preferences and repeat visits. By clicking “Accept All”, you consent to the use of ALL the cookies. However, you may visit "Cookie Settings" to provide a controlled consent.
Cookie SettingsAccept All
Manage consent

This website uses cookies to improve your experience while you navigate through the website. Out of these, the cookies that are categorized as necessary are stored on your browser as they are essential for the working of basic functionalities of the website. We also use third-party cookies that help us analyze and understand how you use this website. These cookies will be stored in your browser only with your consent. You also have the option to opt-out of these cookies. But opting out of some of these cookies may affect your browsing experience.
Necessary Always Enabled
Necessary cookies are absolutely essential for the website to function properly. These cookies ensure basic functionalities and security features of the website, anonymously.
Functional
Functional cookies help to perform certain functionalities like sharing the content of the website on social media platforms, collect feedbacks, and other third-party features.
Performance
Performance cookies are used to understand and analyze the key performance indexes of the website which helps in delivering a better user experience for the visitors.
Analytics
Analytical cookies are used to understand how visitors interact with the website. These cookies help provide information on metrics the number of visitors, bounce rate, traffic source, etc.
Advertisement
Advertisement cookies are used to provide visitors with relevant ads and marketing campaigns. These cookies track visitors across websites and collect information to provide customized ads.
Others
Other uncategorized cookies are those that are being analyzed and have not been classified into a category as yet.
SAVE & ACCEPT